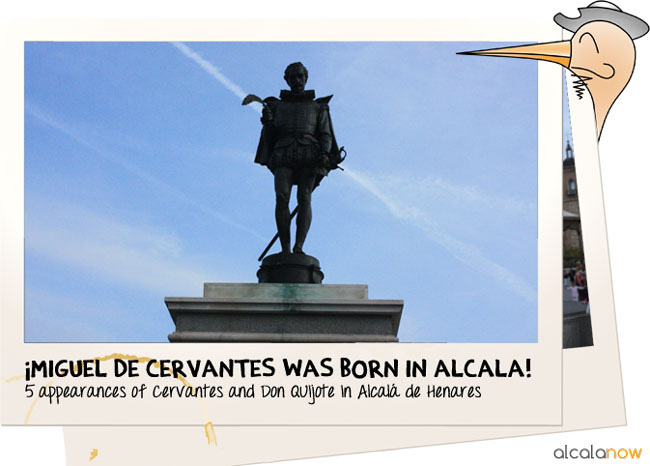 There are plenty of sculptures, squares and streets named after Miguel de Cervantes in Alcala de Henares. Why is this? Why people in Alcala like Cervantes so much?

Miguel de Cervantes Saavedra was a Spanish novelist, poet, and playwright. His magnum opus, Don Quixote, is considered the first modern European novel, and he is known as the greatest Spanish writer of all time, as well as one of the best universal writers. If you’ve never heard of Don Quixote, check out this link, and start reading the novel today!!

Spanish, the language of Cervantes

You can imagine Alcalá is proud of this fact, and therefore he appears all around the city. Let’s have a look at some of his most important appearances!

Cervantes was baptized in Alcala

The coolest thing is Cervantes was baptized in Alcalá, in Santa María’s Church on October the 9th in 1547, and that is why we celebrate The Week of Cervantes every year at this time.

At the end of Plaza de Cervantes are the remains of the church where Cervantes was baptized: the tower of Santa María, the Oidor chapel and a bit more. It was destroyed during the civil war.

Cervantes is the meeting point in Alcala

First of all, his sculpture is in the center of Plaza de Cervantes. This is the meeting point of Alcala’s inhabitants, and we even lovingly call this statue ‘el Monigote’ (it is translate to something like stick figure or rag doll). It is very funny!!

Another significant place you can’t miss is the Cervantes Birthplace Museum or “Casa de Cervantes”.

It is a monographic museum placed in Calle Mayor, and housed in the building where the writer was born. It brings to life the various areas of an affluent household during the 16th and 17th centuries, recreating an environment intended to provide visitors with a sense of the former residents as they went about their daily lives.

Take a photo with Don Quixote and Sancho Panza in Alcala

The statue is the work of Peter Requejo Novoa and was inaugurated on April 24th 2005, commemorating the fourth centenary of the publication of Don Quixote. It is cast in bronze and life-size.

Other appearances of Cervantes in Alcala

These are the best known Cervantes references in Alcala, but there are plenty more of them throughout the city.

For example, close to the bus station on a rotunda in Vía Complutese you can see a giant sculpture of Don Quixote. This work was made by Enrique Carvajal, and it belonged to a huge exposition of sculptures that took place in Alcalá during 2008. In fact, this was the only statue that stayed here, the 60 remaining sculptures were moved to Toledo from where they continued their tour of Spain.

Just look around, and you can easily spot more examples. Don’t you think it’s crazy the amount of Cervantes memorabilia placed all around Alcalá?! Probably, it is. We are obsessed!! 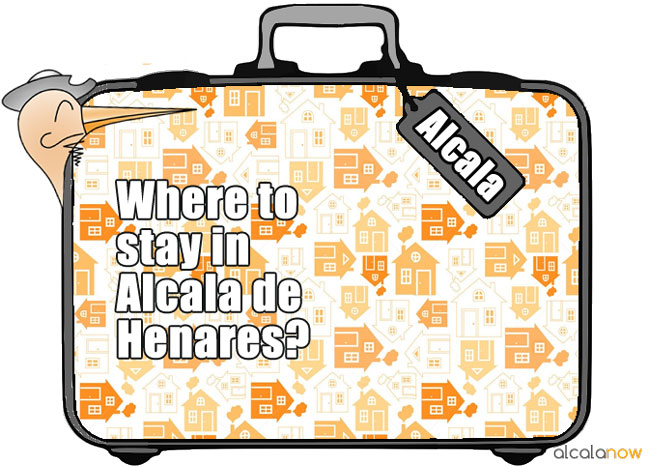 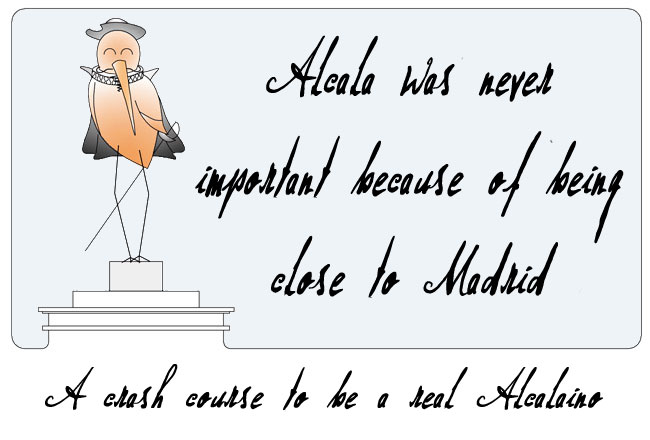 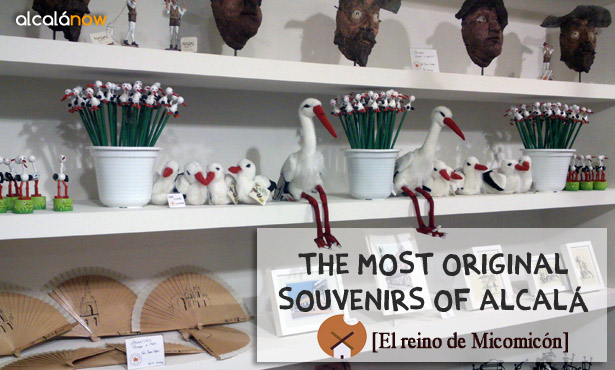